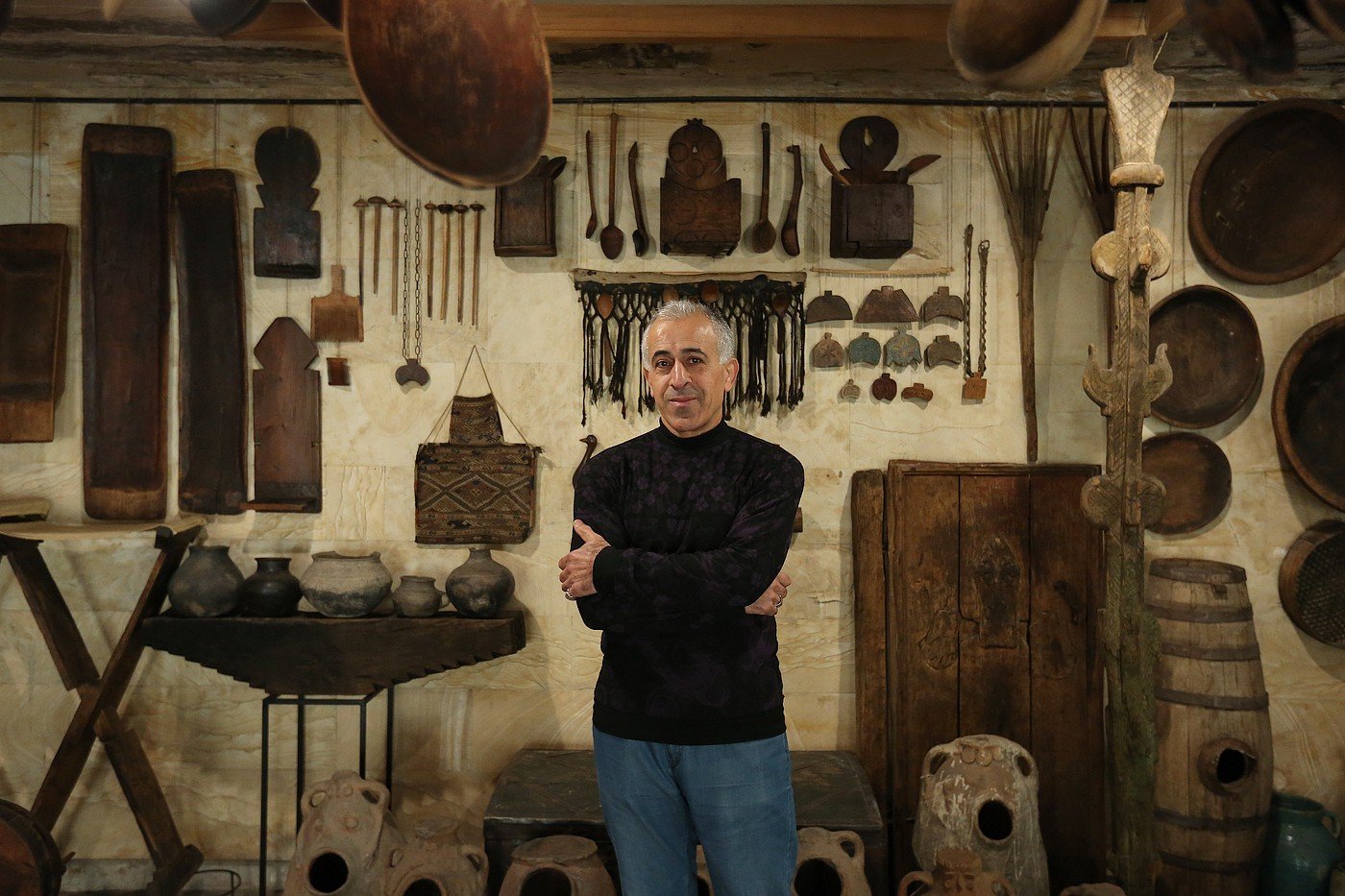 Karen and the Art of Woodwork

When you first meet Karen Khachaturyan, you’re struck by his sincerity, his eagerness to talk to you, to exchange ideas. It’s only later (probably not through any admission of his own) that you’d learn that Karen is an experienced woodcarver, one of the last ones left in Armenia, or that he has his work featured in wood and craft museums in 37 countries around the world. At age 56, Karen is a master in his field and he has no intention of slowing down.

Born in Shamkhor, Azerbaijan, Karen moved to Yerevan when he was 11 and only began working with wood ten years later. But from a young age, he already had a knack for drawing and working with his hands. It was while apprenticing for a k’anon maker that he was told he had the right kind of hands for the trade — his fingers were nimble and he was dexterous. Karen didn’t begin working with wood until a chance visit to Yerevan’s woodcraft museum. “I saw the pieces in the museum and was just amazed. I asked the museum’s director where I could learn and he said, ‘here.’ So I started and continued learning at the museum for almost three years.” For all that time, Karen practiced and worked on his craft. For seven hours a day, he’d work, often on the same piece, the same construction. “To be honest, I never set out thinking I was going to commit to this craft. I started off just loving it. Then it became my specialty. Then it became a way to provide for my family.”

Karen mostly uses wood native to Armenia, primarily from fruit-bearing trees such as pear, apricot and walnut, with the occasional import from Vietnam. According to Karen, those trees are the purest, most water-resistant and uniformly dense. They range in color, the pear being on the lighter end of the spectrum while the walnut on the darker. For his craft, these are the optimal sources of wood. Though others have their benefits. The wood from the mulberry tree, for example, is ideal for making musical instruments, but is too soft for his own work.

Despite being adept with using modern electric, woodcarving machines, Karen says there are some jobs that just can’t be done with a machine. Certain graduated curves or minute details can only be done well by hand. Aside from that however, it’s also a matter of touch. “It’s the tiny etchings that really give life to what you’re creating. You have to feel your way through the process. You can’t do that with a machine.” 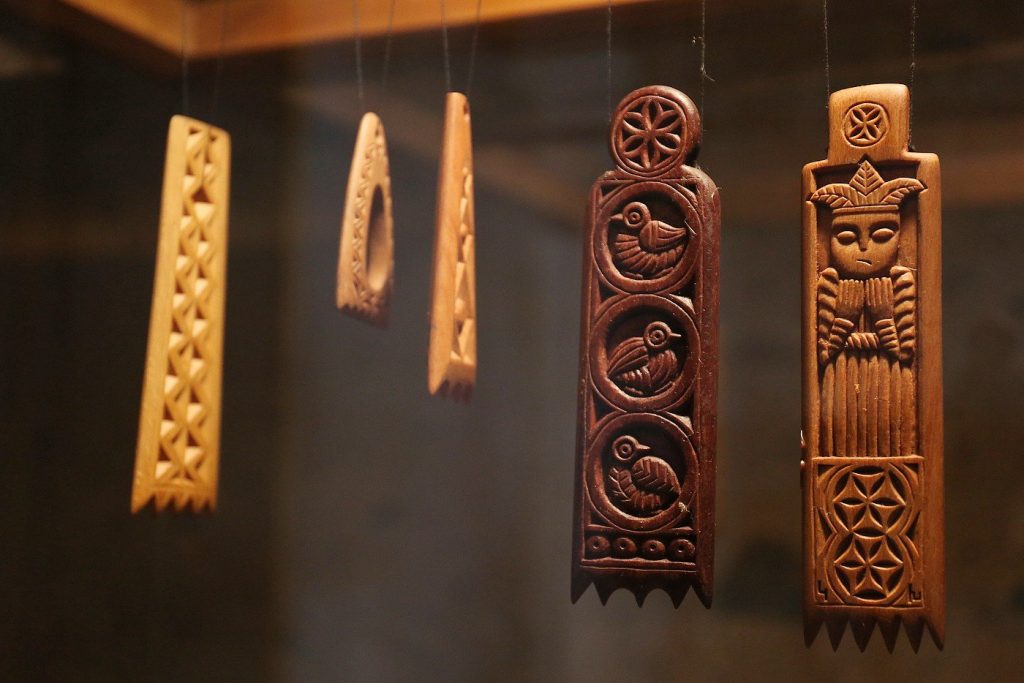 Though Karen’s work is physically taxing, it also requires a significant command of history. “Many symbols can have different meanings in different cultures. Part of what differentiates one and makes it uniquely Armenian is the construction and overall composition of the piece. To be able to create that distinction, you have to know Armenian folklore and be able to bring it alive with your work.” 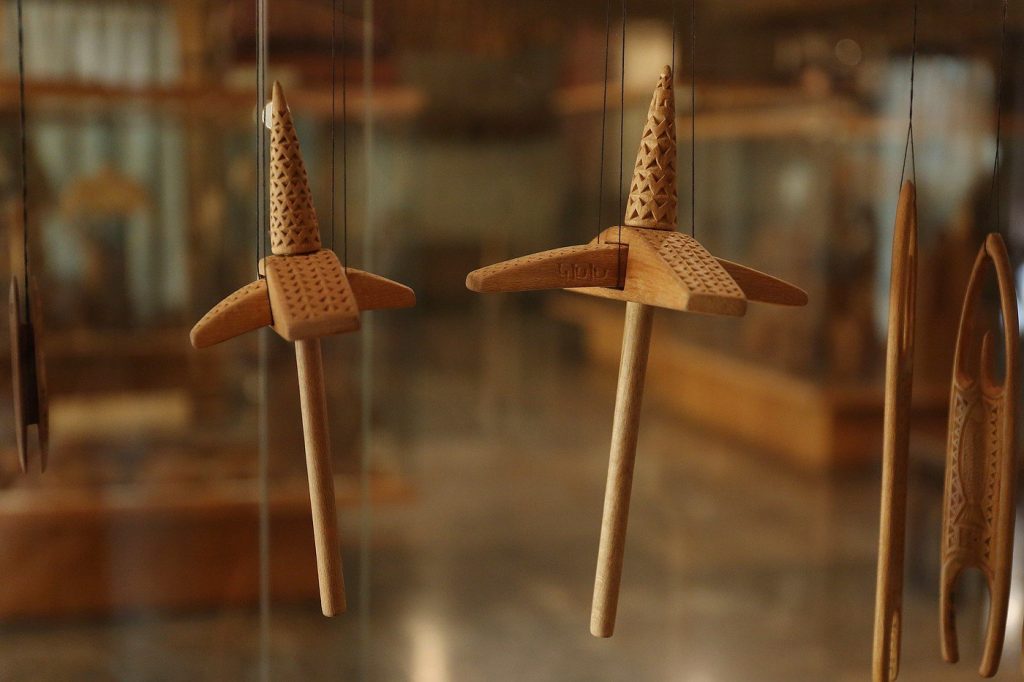 But the ultimate line that Karen walks on is balancing the physical, labor-intensive aspect of his craft with the artistic side. “You have to be creative. If you aren’t able to come up with new, interesting ideas, you’re really nothing more than an engraver. To become a master woodworker, you need to command all of it — the physical, creative and mental elements. They all must be constantly developed to be good at what you do.” 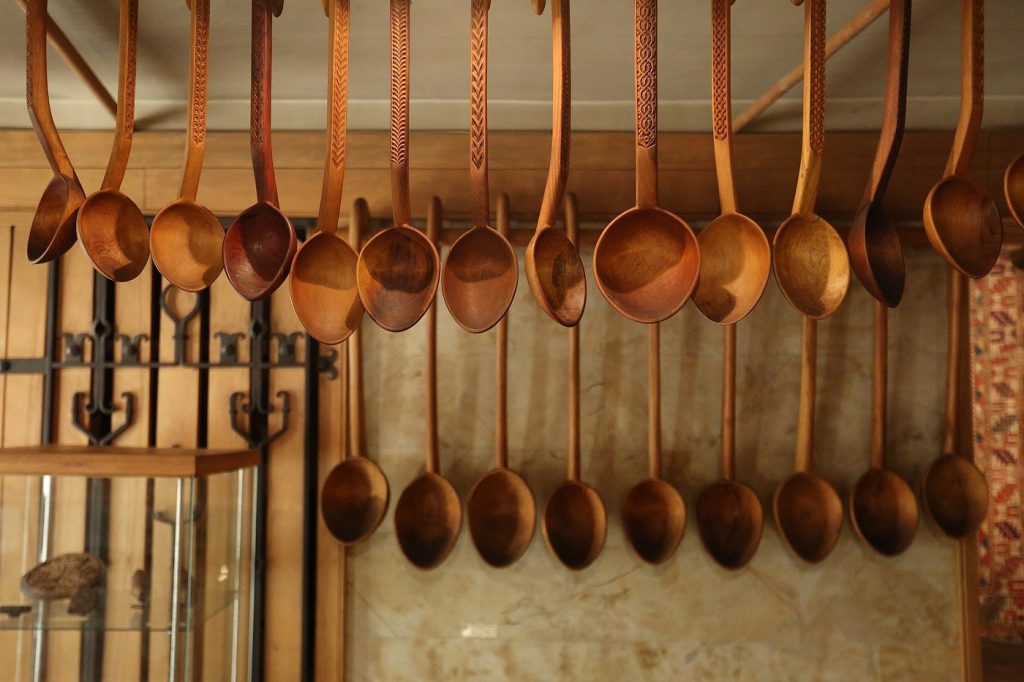 At his age, Karen already has years of experience, but he’s hopeful for future woodworkers to share his path. As for advice he’d impart on these would-be woodworkers? “Always approach your craft with seriousness, but make sure you love it. You have to love what you do because it won’t always be easy. Nothing you want to do well or make beautiful will be easy.”

After the last paragraph, add: ‘Browse our wood carved items on our online shop.